I've been working on my Farm Girl Vintage Blocks. 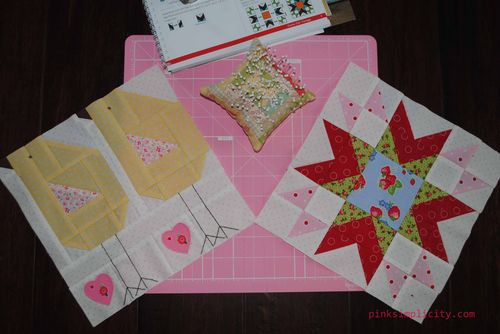 I decided to make my blocks 9", thinking the adjustments would be easy.  On most of them it's gone smoothly, but on the Baby Chick block - not so much!  So, I decided to create my own block 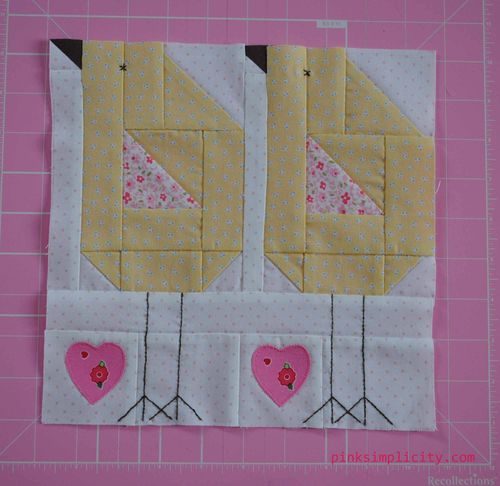 and ended up with TWO baby chicks.  I also decided to applique the little hearts rather than piecing them. 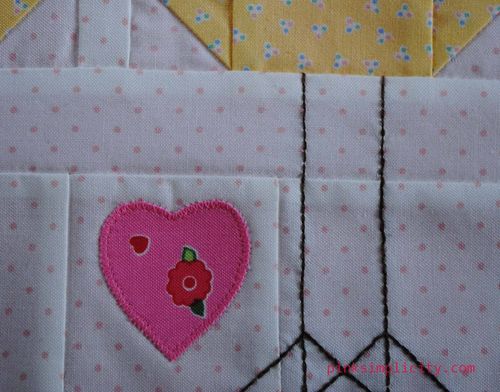 I'm waiting patiently (sort of ) for the Modern Minis Fabric to be released to use the brown and orange for an Autumn Star like Lori's, but thought I'd make a Spring Star in the interim with some tasty spring berries in the center!

The comments to this entry are closed.

Welcome to Pink Simplicity, where I share my love of the simple things that bring so much joy to life - family, home, fabric, sewing, books, cooking, flowers, gardening. Oh, and Pink, definitely Pink (not just the Color, but the Attitude that is Pink)!
Get Our Blog Posts E-mailed directly to you!